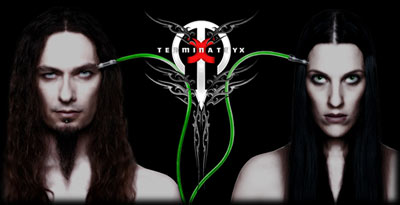 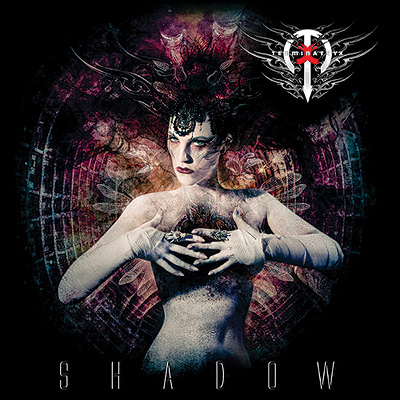 Always adventurous to have the TERMINATRYX songs re-imagined, thus far for the "Shadow" album
Industriezone has remixed the title track (and features as the final cut on the album).
As with 2011's "Remyx v1.0" release (below), TERMINATRYX also wants to have all the songs
on this album remixed - watch this space!

Early-2009 TERMINATRYX embarked on finding the right people to remix the entire self-titled debut album,
a rarely tackled endeavor in South African music (except for mainstream artists doing a few tracks per album, not the entire thing).
This led to an incredible range of collaborators from around the world putting a brand new spin on the
already unique TERMINATRYX songs, from Dance, Industrial and Avant-Garde styles, to Aggro-Tech,
EBM, Electronica, string- & acoustic versions.
These should all be completed by around August 2011, and include :

Bonus Tracks:
Holly Knight & Michael Des Barres' classic 1980s song "Obsession" (popularized by Animotion) is the first ever
TERMINATRYX cover version added to the live set late-2009.
Pre-production programming and voclas were recorded at Flamedrop Productions, additional programming & synth loops at iRONic, with live drums, guitars and bass recorded with Theo Crous at his Bellville Studios, where it was also mixed.
Theo also played additional guest rhythm guitar.
The "Undead On Speed" version of "Siek+Sat" will be included as another bonus track, as well as one of the Terminatryx-driven Makabra Ensemble live movie soundtrack project's songs (as written and performed to the classic silent movie Maciste In Hell).
www.terminatryx.com/makabra

Lo-res, unmastered mono audio samples have been uploaded at
www.MakeSomeNoise.co.za/terminatryx
These audio clips are combo samples of the original tracks and their remixes.

Two of the International bands TERMINATRYX supported on their South African tours are on board:
SIGUE SIGUE SPUTNIK ELECTRONIC and SHEEP ON DRUGS

The TERMINATRYX REMYX v 1.0 album will be released by ENT Entertainment.
Projected release date & launch to be confirmed.

click here
for more info on other Terminatryx releases